Since our last update we’ve had quite a bit of growth at the ranch! First, the bees have continued to do well. We added supers (additional smaller boxes) onto the hives to give them space to expand and store honey for the winter. If they do very, very well we might be able to harvest a little honey this fall. But first we need to make sure they have adequate stores to come through the winter and start strong in the spring.

Last week, we branched out into a new endeavor: goat farming. We’ve acquired three Kiko-Boer does. Kikos are a breed originating in New Zealand and developed to be exceptionally hardy while also meeting high production standards. They aren’t as large as Boers, which seem to be the most common meat goat in our area, but our research indicates they produce more pounds of meat per dollar of input. They also typically require less in the way of medical treatment (deworming, etc.) and supplemental feeding, which results in a more natural end product. We hope to increase our herd size a little more before the end of the year, including finding a quality buck. 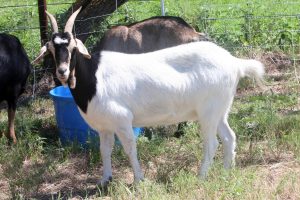 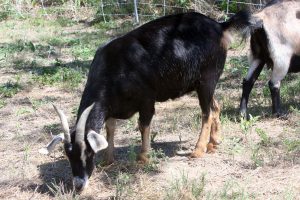 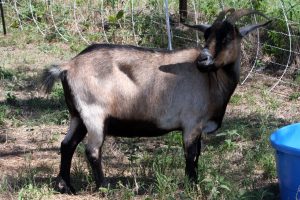 Here are our leading ladies: Vanilla Cupcake, Ginger, and Waffles. (We let the kids choose names, and apparently they were feeling hungry at the time!) So far they seem to be healthy and friendly, and settling in well to their new home.

Before the arrival of the goats, we often enjoyed listening to the local pack of coyotes howling at night and watching a family of five (a mother and four pups) playing in our back field in the mornings. Delightful as they are, they’re not likely to turn down a meal of goat should the opportunity present itself. I don’t know how vulnerable the full-grown goats would be (it would probably depend on how hungry the coyotes were!) but I do know that goat kids are easy pickings for coyotes and other predators. It seems reasonable to assume we have bobcats in the area, and the UPS driver told me he saw a mountain lion on our property earlier this year. In consideration of all that, we want to be sure our goats are safe. 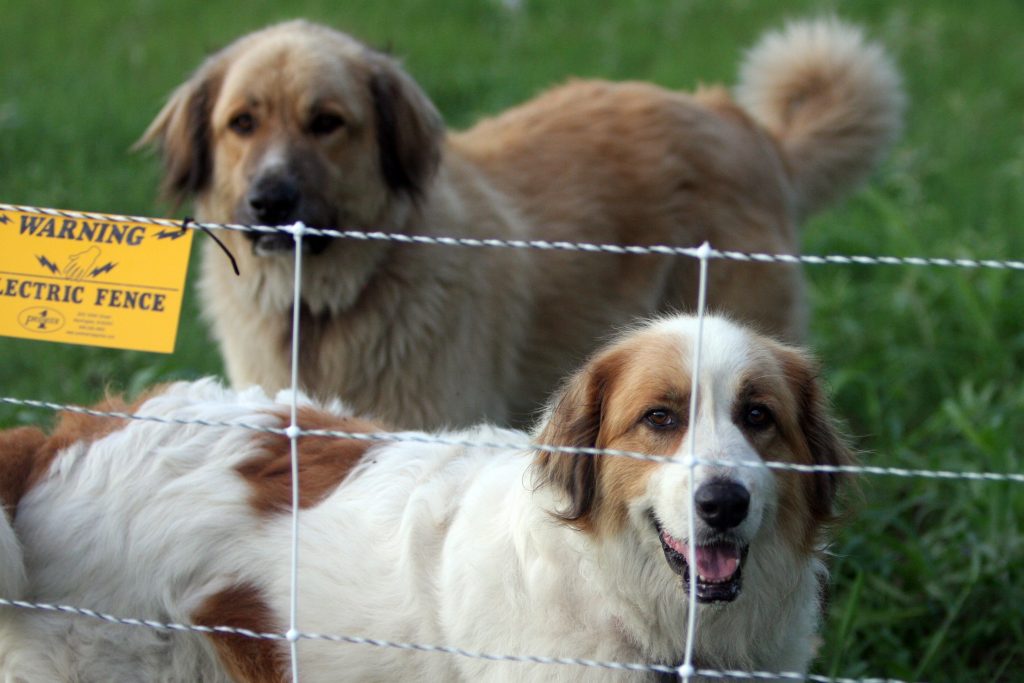 To that end, we also added Glory (front) and King (back) to the ranch’s population. They’re Great Pyrenees/Anatolian mixes and have been guarding goats and other livestock all their lives. From what we’ve seen so far, they take their jobs very seriously and should be quite effective. They’ve also been quick to learn which people belong here and which people don’t. They let us know when there are strangers on the property but are happy to welcome family and friends. We’re very grateful to have found them, as pre-trained guardian dogs are valuable and hard to come by. The training process can take two years or more before you have a truly reliable guardian. King and Glory’s previous owner was getting out of the business and graciously offered us her remaining goats as well as their guardians for a very reasonable price. You can’t get a better start than that, and we’re grateful to her!

Another big step this month has been fencing. Although the goats are currently being contained in temporary electric fencing, we’re also working on goat-proof perimeter fencing around the property.

In all of this progress, we’re also trying to be friendly to the wildlife that lives along the river. We know that area must be a significant corridor for all kinds of animal, and we’d like to respect that while also protecting our livestock. Our perimeter fence will not extend all the way to the river, in part because we expect that it would be washed out by flooding on a regular basis. Instead, we’ll use our portable fencing in that area when we want it, and leave it available to wildlife the rest of the time. And instead of trying to shoot, trap or otherwise eradicate predators, we’ve simply brought in higher-level “predators” of our own to encourage them to stay away. They’ll be able to continue to live safely in the areas around us, and our livestock will be safe.

This site uses Akismet to reduce spam. Learn how your comment data is processed.